What led to the closure of Debenhams? 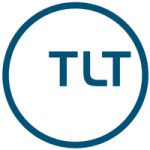 What factors led Debenhams to become the latest casualty of the high street?

Being aware of commercial factors that impact the way businesses succeed or fail is a key skill of a commercial lawyer. This skill is especially sought by law firms when recruiting future trainees. Retail is a good industry to research in order to develop commercial awareness. Understanding the overall challenges which face the sector shows an awareness of the latest business developments which can have far-reaching effects on law firms’ clients.

Debenhams is the latest casualty of the high street. It was a tough 2020 for retail as covid-19 dramatically accelerated already changing consumer habits. Consumers started shopping online in ever greater numbers and even when non-essential stores reopened, footfall was low. While research has shown there is general affection for longstanding British brands, they will struggle if they are unable to adapt to shifting consumer behaviour. Debenhams simply fell behind - a problem familiar to other well-respected department stores such as John Lewis - and failed to update its business strategy in a sector rocked by change.

Too many physical stores

Debenhams operated under a brick and mortar store model which is famed for being extremely expensive to run. Rising rents, expensive business rates and high maintenance costs are large fixed outgoings which impeded Debenhams’ ability to compete against online competitors such as Amazon. Online retailers do not have such liabilities to consider and consequently can offer products which provide better value for money. In 2006, Debenhams announced plans to expand at a rapid rate and opened many more physical stores. Many of these new stores had long and expensive leases and underperformed, as revenues began to fall in response to shopping habits shifting online and declining consumer spending due to the pandemic. Ultimately, Debenhams was saddled with high costs which ate into its declining revenues.

Boohoo had no desire to purchase Debenhams’ stores, infrastructure, stock or employees. It just wanted the brand. The brand alone can enable Boohoo to appeal to a new, more mature demographic. Moreover, it can also allow access to new markets such as homeware and sportswear, helping Boohoo to achieve its aim of creating “the UK’s largest marketplace”. Boohoo valued brand, reputation and online presence more than physical infrastructure.

Do you remember going into Debenhams and seeing their in-house ranges and collaborations with designers? It would always be the same, their products didn’t really move with fashion trends and remained static. This made it almost impossible to compete against new and exciting fashion retailers such as Boohoo and ASOS which also expanded into similar areas that Debenhams historically performed well in, such as beauty.

In 2005, Debenhams sold 23 stores to a property investment company for £495 million and then leased them back. This short-term cash benefit locked the chain into expensive leases lasting up to 35 years. As a result, by March 2020 the retailer was weighed down by £720 million of debt. It secured a Company Voluntary Arrangement (CVA) with its landlords which reduced the rent bill and enabled it to close some of its stores. However, the debt was still too large to service and it was placed back into administration in April 2020.

Law firms and retail clients often work together to ensure a business can keep up with the pace of change and to make sensible financial management decisions. It is essential law firms provide strategic advice to help retailers focus on building a strong business that can not only survive in the current climate, but can also prosper in the post-pandemic environment.

Bernetta Begyinah is a trainee solicitor at TLT.