Diversity and inclusion in the insurance sector 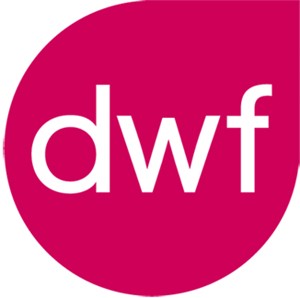 What is the insurance sector doing to address diversity and inclusion?

The terms ‘diversity and inclusion’ (D&I) and ‘environmental, social and governance’ (ESG) have gained traction in the past few years in corporate settings, and rightly so.

As well as being the correct thing to do ethically, having a diverse workplace brings with it a host of benefits for organisations. A diverse workforce cultivates creativity and breeds innovation; and organisations that value D&I find themselves able to attract a wider breadth of talent. This diversity within the workforce appeals to a wider range of consumers.

Studies have also shown that a diverse workforce can result in better profitability, with recent research showing that diverse companies produce 19% more revenue.

However, the insurance sector realises that it’s far behind its peer sectors in regards to D&I. It’s widely agreed that the insurance sector is not yet representative of the population they serve, namely gender and ethnicity. The following statistics help prove this belief.

In light of the above statistics, companies are now being encouraged to change and progress. The Financial Conduct Authority (FCA) has recently finalised proposals to increase the disclose of diversity figures on listed company boards and executive committees. The rules will apply to listed companies for financial accounting periods starting from 1 April 2022.

The rules require listed companies to report information and disclose against targets on the representation of women and ethnic minorities on their boards and executive management. The targets are as follows:

The rules aim to create the right culture for the betterment of everyone, whether that’s clients, colleagues or investors. The rules are followed by a “comply or explain” statement – if companies can’t meet the targets, then they’re required to explain why not. The FCA aims to set a standard and drive transparency in reporting, aiming to create diverse pipelines regarding senior leaders within businesses.

The FCA rules have been criticised as not going far enough. Many hope that stricter standards are set that focus on further areas of diversity when the rules are assessed in three years’ time. Its commented that the rules focus only on board directors and fail to create diversity across the entire company. It should be noted that compliance with the regulations is the simple outcome – executive leaders are encouraged to take personal responsibility for targets, taking action today for the future of the company.

Pressure regarding diversity and inclusion comes from shareholders, clients and the government – all of whom are trying to promote real change. Directors are under pressure, with their responsibilities increasing in the ESG sphere. Action taken as a result of the FCA rules should be taken not just to comply with laws and regulations but also because doing things ethically is the correct thing to do. If complied with, there’s potential to improve the financial success of the company, while making it more sustainable.

In an ideal world, companies should have their own governance code, although regulators are helping with the introduction of the FCA rules. Other rules and regulations within the corporate world exist that help to promote D&I:

Several strategies have been introduced in the legal sector to maximise inclusion. We can only hope that the introduction of the FCA rules creates a more diverse industry. After all, “what gets measured, gets done”.

Kennedy Kay (she/her) is a trainee solicitor in the professional indemnity team at DWF Group Plc.